For years I have wanted to see an update of many of the classic Hanna Barbara properties that are now owned by DC Comics.  Well my wish has come true with the creation of Future Quest, Wacky Raceland, and Scooby Doo Apocalypse.  At least, I thought that is what I wanted.  Several years back they did a successful update of Space Ghost.  So how come Wacky Raceland is such a steamy pile of garbage?  One would imagine it having more to do with timing and the success of the over the top film Mad Max: Fury Road. The problem though is that these characters were squeaky clean with limited backstory outside of race for reward/prize/pride etc.  Making creepy versions of characters I barely remember like The Ant Hill Mob, Lazy Luke and Blubber Bear, and more does nothing but confuse new readers. I love animation. I remember the old cartoon show. I could barely recognize the support characters.  Add to that the fact that the known characters call each other “asshats” more than their actual names and you can sense the downhill decline of the writing.  Dick Dastardly slaps Penelope Pitstop on the ass and seems to enjoy her retaliation of slugging him in the face.  Mutltey’s signature laugh is replaced by a noise reminiscent of Rorschach from Watchmen. While the writing is awful, the art is fun. Manco accomplishes what he set out to create, a dystopian future where oddball characters can exist together in a hazardous enviroment. This book was painful to finish. All of the creativity like the announcer being a mysterious being that organizes death races is overshadowed by lame cyberpunk characters that bore us to tears.  The one good thing about this book is that it will soon be forgotten and the classic animated characters will be all we ever think about. 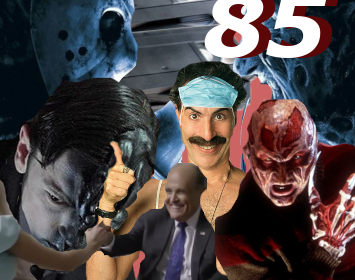 Tapes And Scowls Episode 85 – “¡Hola Mi Amigo! or That Guy Who Thinks He Is Jason Mewes.” 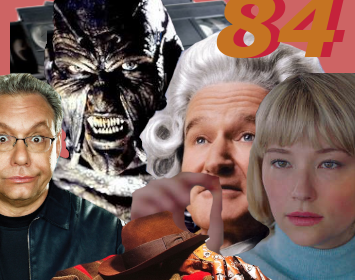 Tapes And Scowls Episode 84 – “My Peer Doctor Zaius or One Jacked Arm.” 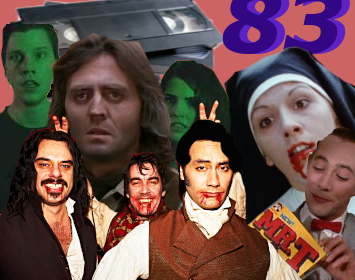 Tapes And Scowls Episode 83 – “Chill Boysenberry Corpses or The Big Oblowsky.”     This episode is a horrific […]