This is the type of comic convention that will only grow and get better year after year.  There was something for everyone: Comic back issues, cosplay, artists, writers, vendors, actors, and even a Superman themed auction! Don’t fret though if you didn’t make it to the show today because there is more fun to be had tomorrow.

The writers and artists that were guests of the con included heavy hitters like Bill Willingham (Fables, Legenderry: A Steampunk Adventure), Mark Bagley (Ultimate Spider-Man, New Warriors), David Finch (Moon Knight, Batman), Daniel Parent (Archie, Die Kitty Die), Matt Hawkins (Think Tank, Aphrodite IX), and Mike Zeck (Punisher, G.I. Joe) just to name a few. Every writer/artist I spoke with was polite and hands on, taking the time to not just “talk shop” and sell products, but more importantly talk comics. I recommend you pick the brain of Matt Hawkins who may just be a genius. Comic art isn’t the only art on display either.  Cartoonist/Illustrator Sara E. Black (who is bubbling with energy), Caricaturist Alex Miller, and Mike Brennan who is a man who can make a portrait of your pet like no other.

If cosplay is your thing then you must check out Ashen Phoenix.  Possibly the most fun cosplayers to interact with on the floor. By the way, the new Ashen Phoenix calendar will be out soon! Other notable cosplayers included Ivy Doomkitty, Ashley Chantilly, Kay Victoria, Yuffie Bunny and more.  If you were lucky enough to be on the floor for my cosplay debut then you got to see the debut of Cap-Wolf!  Yeah I did it. It was fun. People were laughing and digging it. My wife thought I was a nut.  She is probably right.

For you comic fiends the vendors were a good mix of dollar books and hard to find gems. I always enjoy Welcome back Comics at every show. Make sure you dig through the comic sets! Other great vendors include Stormwatch Comics and Absolute Comics.

This con is that perfect mix of good creators representing their respective company’s brand, interactive cosplayers, affordable art, and comic dealers that are willing to deal. In a world were too many cons lean too heavy in any one direction, NJ Comic Expo keeps it balanced. A fan of any element of the comic con spectrum should have a fun time. I will be back next year. Thanks NJ Comic Expo! 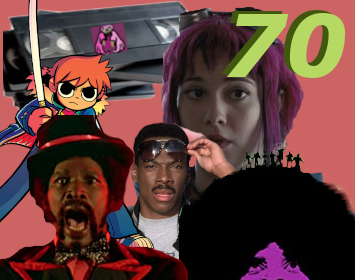 Tapes And Scowls Episode 70 – “Deals With The Devil or Max’s Super Pills.”

This week Tim has a double theme in blaxploitation and horror, Max watches a sweet 80’s sequel, and the […]

Recently on Tapes And Scowls Tim discovered his new favorite B-Movie in “Killer Sofa”. Not content to just watch […] 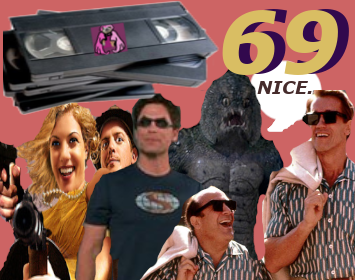 Tapes And Scowls Episode 69 – “Teased Up Feathered Hair or That Little Girl Really Was a Bitch.”

Tapes And Scowls Episode 69 – “Teased Up Feathered Hair or That Little Girl Really Was a Bitch.”     […]

Minisode 74 – The O.Z. Kickstarter     Tim interviewed David Pepose to talk about his new Kickstarter campaign for […]