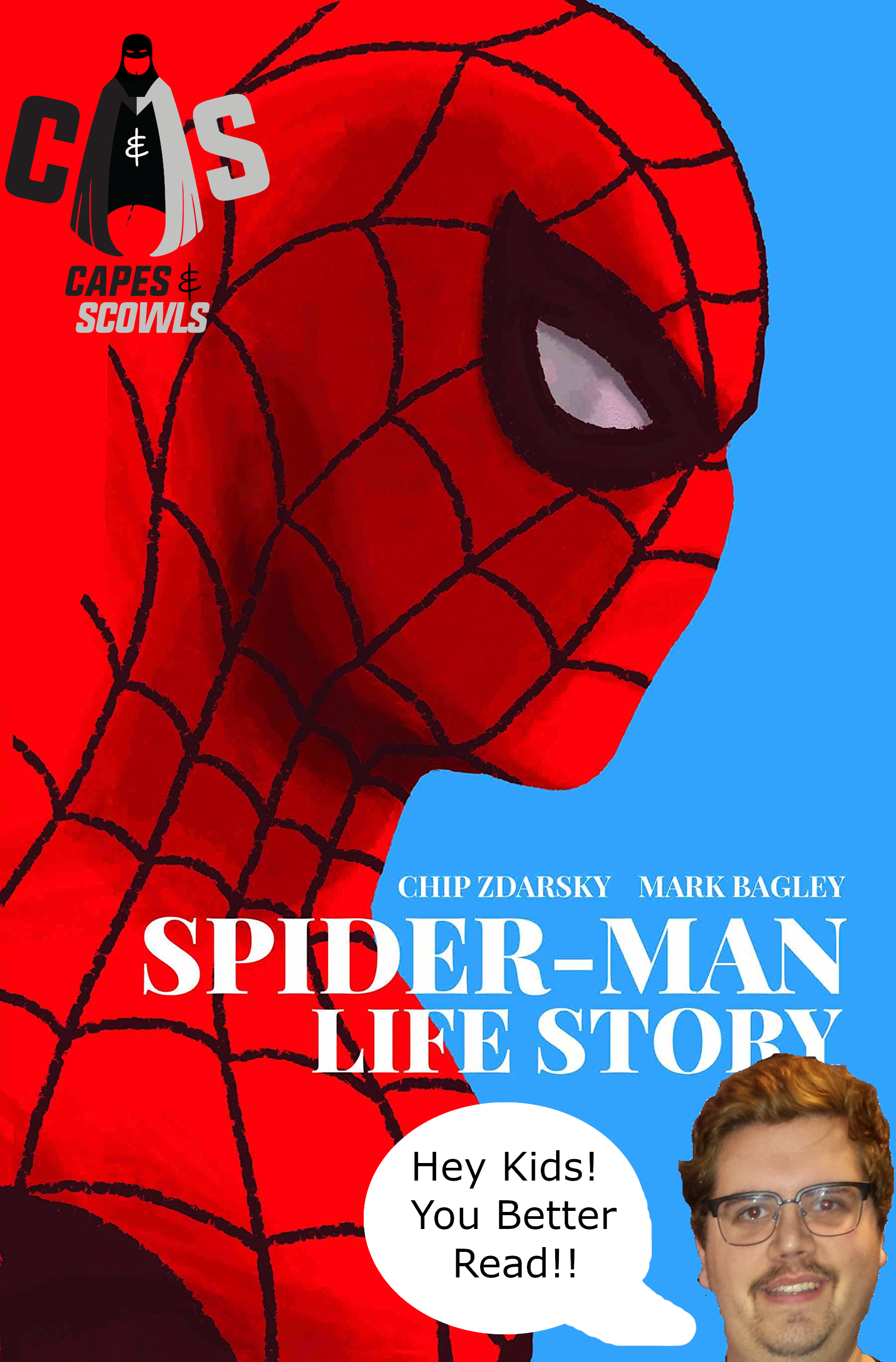 Hello everyone! I’m Joe writing a review on the recently released trade paperback Spider-Man Life Story. Before I begin, I would like to introduce myself! I’m Joe I teach English at a small school in South Jersey. My interests in comics extend mostly into horror/independent comics, but today I’ve decided to review and include a soundtrack to this trade. Why did I do this? Because quite frankly, reading without an external stimulus is impossible for me. While I read each issue I decided to include two song from that era that I believe would better help the reader feel the world that is in turmoil in this story.
Anyway here’s my review, this book was drastically different from the Spider-man seen in various media. Instead of a lighthearted tale I was expecting the reader is thrust into a world riddled with the anxieties of superheros and the Vietnam war. It doesn’t let up instead Vietnam becomes a ghost haunting Peter, a ghost whispering “what if” into nearly every aspect of his life. This book had an appearance from most recognizable Spider-man characters: Gwen Stacy, MJ, Ben Reily, Doc. Ock, and the Osborns. This book is great at putting various well known stories, such as the Marvel Civil War and Secret Wars into perspective that may be missed by new readers. You also get to witness Peter age in front of your eyes. This once bright-eyed boy slowly transforms into an elder hero.
Overall, I’d rate this book as a 4.6 out of 5. I enjoyed it a lot! I feel that this would be an excellent introduction into Spider-man the character and an excellent book to read in general. This won’t be a book I trade when I do my annual spring cleaning. Here is the list of songs in the playlist (in case you don’t use Spotify)

Jimi Hendrix – All Along the Watchtower

Buffalo Springfield – For What It’s Worth

Kate Bush – Running Up That Hill

Nirvana – The Man Who Sold the World

Metallica – Nothing Else Matters

The Gaslight Anthem – I Coulda Been a Contender

The Killers – When You Were Young