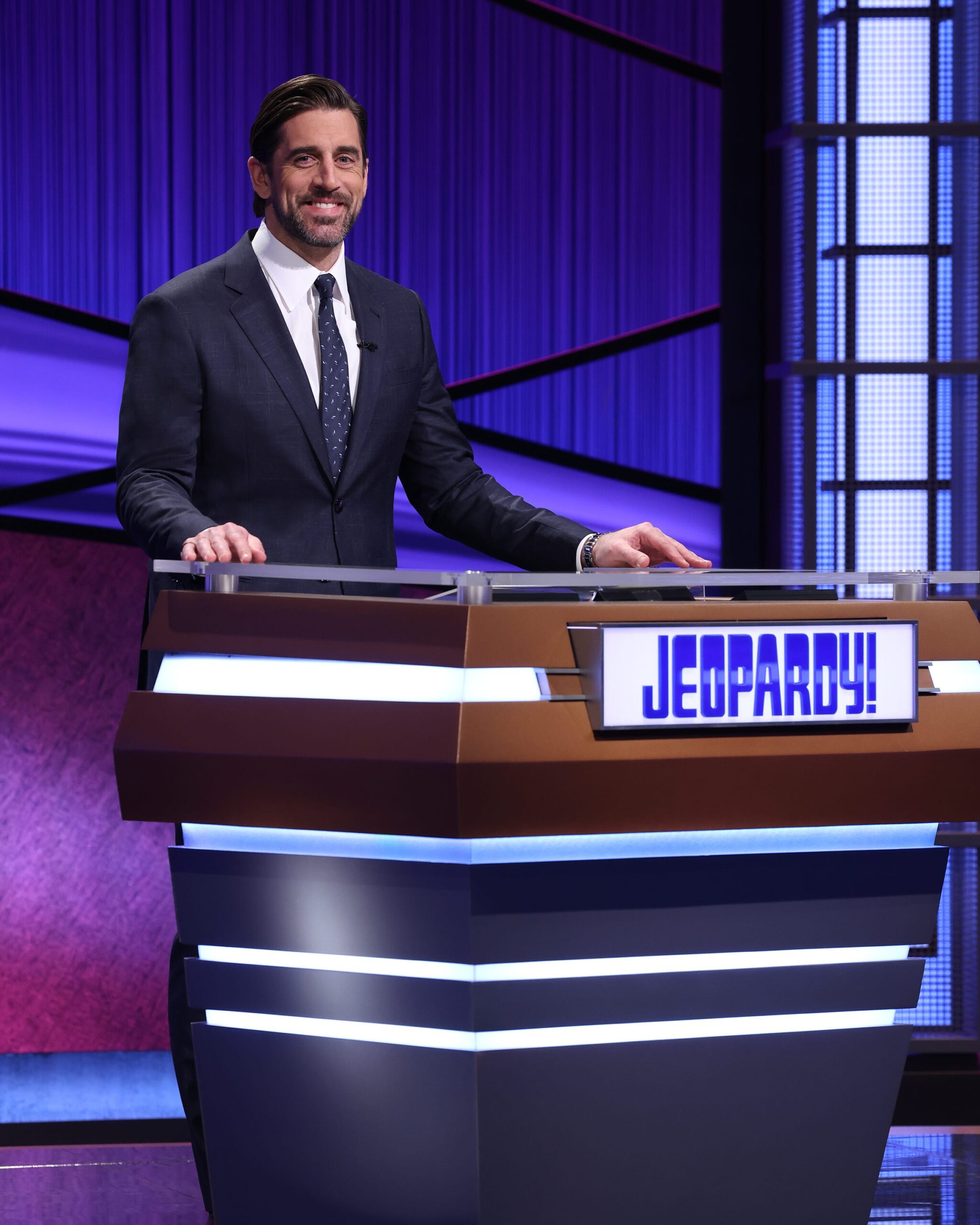 Jeopardy! is one of the most beloved and longest running prime time TV game shows currently airing. After Alex Trebek’s death, Jeopardy! has had a string of biweekly guest hosts to fill the spot that Trebek so thoroughly owned and cultivated for years. He’s made himself almost irreplaceable and all of the guest hosts have done some fantastic work on the show, yet none have the 100% mass approval of faithful watchers just yet. The only thing weighing them down is Trebek’s immense shadow. They all bring their own brand and their own style to the Jeopardy! podium and it’s different from the familial comfort of Alex. Guest hosts have included Ken Jennings (multiple time Jeopardy! champion), Mike Richards (Jeopardy! executive producer), Katie Couric (journalist and newscaster), Dr. Oz (talk show host), and most recently Green Bay Packers quarterback Aaron Rodgers.

As mentioned above, said guest hosts are more well known for other things, so it’s been a journey for all of them getting comfortable with the role. The most far removed guest host from his occupation would be Aaron Rodgers. On the surface, it may seem odd for a football player to be guest hosting a game show meant for the smartest of contestants. In my opinion, if Rodgers is able to use the skills he’s mastered on the football field and apply them here, I feel he is well qualified. I feel just as much organization, direction, and communication between players is involved in these two different games, and his role of championship winning quarterback makes him a superior candidate in controlling the flow of any game.

Here I am watching Aaron Rodgers’ first night hosting Jeopardy!. As a fairly regular watcher, I wonder how he’s going to perform and what he’ll deliver to the show, just like the hosts that have come before him. From what I saw, I immediately noticed how genteel and soft-spoken he was as an individual. I wasn’t necessarily expecting him to have a refined announcer-type voice, but it was still a voice far removed from the barking of plays you normally see him do on the gridiron. He produced a respectful, calm, humble approach to the role, and I respected his decision to not be a dominating, forceful leader on day one. I felt that he knew his “place” in the situation. Overall, Rodgers was doing very well as the host, but I wonder if his low-key approach made him an easy target to the contemptuous response from one of the contestants during Final Jeopardy!.

The Final Jeopardy! category was “Daytime TV Personalities”. The clue was, “Accepting a lifetime achievement Emmy, he said, ‘Just take… 10 seconds to think of the people who have helped you become who you are’”. The contestant in the middle podium had accrued so much money he couldn’t be caught, came up with the correct response, “Who is Mr. Rogers?”  The other two contestants were stumped and couldn’t come up with the correct response. It was the reigning champion on the far left’s response that caused an awkward 10 second silence from Aaron Rodgers though. He responded with, “Who wanted to kick that field goal?” The response got a laugh from the audience while Rodgers was standing there silently giggling to himself and looking down at his cue card, perhaps trying to formulate a witty response back.

Rodgers’ professionalism prevailed and he seemed unperturbed by the joke. He said in response, “That is a great question! It should be correct, but unfortunately for this game today that is incorrect.” In fact, he appeared delighted in the contestant’s response judging from the post-game chat Jeopardy! featured on their YouTube channel – a clip from the show that didn’t make it to air. Here, he mentions being able to see the Final Jeopardy! responses on the podium being written in real time, so he perhaps wasn’t as caught off guard as he led on. “You will always be all-time in my book, my friend. My first show and that’s what you said at the end. Thank you for that” Rodgers said to the contestant, in an almost congratulatory way.

The answer was referencing the Green Bay Packers NFC Championship loss last season. The Packers team decided to kick a field goal on fourth-and-goal instead of going for the touchdown with a two-point conversion to tie the game against the Buccaneers; a controversial play. Rodgers neither took the blame for what the witty remark was referencing nor took it personally. Conjuring up minor unpleasant moments is something best friends do to each other, as a joking “never let you live it down” kind of teasing. Aaron Rodgers respected his place as Jeopardy! host, but I think this contestant should’ve known his own place a bit better before taking a playful jab at him.

The situation reminded me of another one that happened just months before. Ken Jennings was guest hosting an episode that aired January 19th of this year. One contestant responded to a Final Jeopardy! clue with, “What is H&R Block?” This response had nothing to do with the clue at hand because this happened to be the correct response that led to Ken Jennings’ legendary streak being broken nearly 17 years ago. Judging by Jennings’ reaction, this one must’ve stung a little. He said, “Ohh… Now Brian, I know from experience H&R Block is sometimes the right answer, but not today I’m afraid.” “Even though you brought back some bad memories for me…”. This moment seems to be the first of trending Jeopardy! moments on social media where the contestant comes up with a “savage” response or “trolls” the host.

I hope this doesn’t remain a trend. Jeopardy! seems to have more esteem and class as a brand than to be feeding into viral moments at the host’s expense. On one hand, the playing field is not fair. The host has to remain the consummate professional – especially when filling Alex Trebek’s enormous shoes. It may not be fitting for them to say a witty retort back (even though it’s completely justified), and keep the prestige of the show intact. It’s simply antisocial behavior to knowingly direct offensive or embarrassing expressions at another person while that person has to maintain professionalism. Just because these guest hosts have been overall wildly successful in their respective fields doesn’t mean they’re more deserving of condescension by making fun of their failures.

On the other hand, the Jeopardy! brand seems to be capitalizing on these moments by highlighting them on their social media accounts, as well as being the subject of entertainment fodder on various news outlets. The Aaron Rodgers video has garnered over one million views so far – the channel’s third most popular video right now, and the public’s reactions to these incidents seem to be overwhelmingly positive. I guess their idea of making these moments a spectacle may lead to more potential viewers, but I say we should follow a basic lesson in parenting – don’t reward bad behavior.

Taking pot shots at the Jeopardy! guest hosts shouldn’t be a thing, no matter how they may actually feel about it. It’s just bad manners. It lowers Jeopardy! standards. These contestants may have high IQs, but it’s time they start taking lessons on raising their EQ.